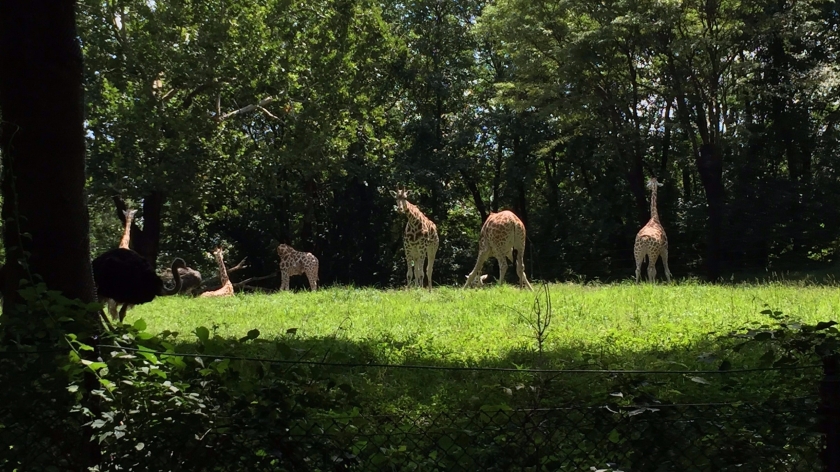 Who said Limitless Park can’t review zoos? The Bronx Zoo is the largest metropolitan zoo in America. Located in the Bronx of New York City, it is known for its gorillas, elephants, flamingos and everything else in the animal kingdom. The zoo is run by the Wildlife Conservation Society, which owns a network of Zoos, Aquariums, and Animal Rehabilitation Centers in New York. In addition to the Bronx Zoo, WCS operates the Central Park Zoo, Prospect Park Zoo, Queens Zoo, and the New York Aquarium in Coney Island, Brooklyn. The Bronx Zoo is also featured on the Animal Planet TV Show, The Zoo.

Bronx Zoo’s ticket prices are cheaper than a theme park ticket, with an Adult ticket (13 years and older) being priced at $28.95. This includes the “Total Experience”. The “Total Experience” is a package that includes the E-Ticket attractions of the zoo. These attractions are the Children’s Zoo, Congo: Gorilla Forest, Jungleworld, Butterfly Garden, 4-D Theater, Bug Carousel, Wild Asia Monorail, and the Zoo Shuttle. These attractions may be also purchased at an up-charge at the park, if you buy a normal ticket. The WCS Box Office has more information for normal tickets.

Parking is $17, and you can take an MTA Bus to Bronx Zoo stops. A season pass is $199.95 ,and includes all other WCS zoos and attractions,

The Bronx Zoo is a large zoo despite being within the New York city limits. The zoo carries a wide variety of animals, with main draws being the Congo: Gorilla Forest, Jungle World, Butterfly Garden and World of Birds. Other notable attractions are the African Plains, Aquatic Bird House, Baboon Reserve, Big Bears, and Birds of Prey.

The Bronx Zoo has a very limited array of Rides, being that it is a zoo. However since  it is one of the largest zoos in the country, it contains a couple. One ride it has is The Bug Carousel. Instead of horses its filled with bugs, which is a pretty interesting take on a carousel. They also have Camel Rides, and a 4D Theater a theater combining 3D screens with moving seats. When I went, Warner Bros’ Storks a 4D Experience was playing. Finally, they have the Wild Asia Monorail, which is a people mover style monorail where you oversee animals from Asia.

The Bronx Zoo has some mediocre food. I ate at the Dancing Crane Cafe and had a cheeseburger. It was really just okay. In the future, I would bring in some sandwiches from home because they do allow coolers.

Bronx Zoo is a HUGE zoo. It took my party and I from open to close to walk around the whole park, and we still didn’t get some of it!  There is a tram system, but it operates seasonally and requires an Ultimate Experience ticket or a up-charge fee

Bronx Zoo is definitely worth a visit. My favorite part was probably riding on a camel, as it was a pretty unique experience to have in New York. All of the animals were interesting overall, and the park is expansive enough to make it feel like you are getting your money’s worth. The food can be worked on obviously, but since you can bring your own food, it isn’t that big of a deal.

Want to stay up to date with our latest theme park plans, trip reports, reviews, and more? Be sure to follow us on here, Twitter @limitless_park, and Instagram @Limitless_Park!