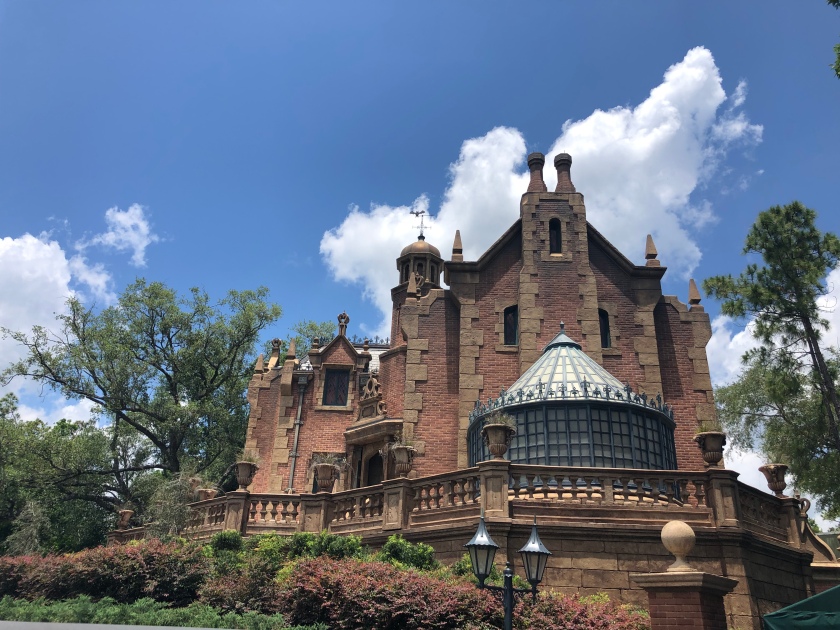 In case you missed it, the latest series of articles I’m writing centers around taking the current lands in the Magic Kingdom and “re-imagining” them into either a new version of that land or a completely different land altogether. So far, I’ve overhauled Frontierland into New Orleans Square and Tomorrowland into Discoveryland. Today, we’re taking a look at Liberty Square.

Unlike the previous makeovers, which took inspiration from existing lands at other Disney Parks, my re-imagining of Liberty Square will be made up of almost completely unique attractions. I plan to turn the Square into a Disney villains-themed land, and it will serve as a sort of off-shoot from Fantasyland. I’ve heard a lot of people talk about how they want more villains in the Disney Parks (some go as far as to say they want a new park themed entirely to villains), so I think Liberty Square is the perfect size for the start of an area based on them. I might carry over the Villains theme into a bit of Fantasyland when I do that Re-Imagining article, but for now this is a good start for some Disney villain representation.

As I’ve stated before, all new attractions must utilize their current ride system. This means that I can’t just rip out Haunted Mansion and put in a roller coaster there. Other than that, everything is fair game.

Without further ado, here is my idea for re-imagining Liberty Square into a brand-new Realm of Villains.

The Haunted Mansion is definitely the flagship attraction of Liberty Square, despite feeling slightly out of place with the land’s patriotic theme. There are a lot of fans of this ride, so I feel like any change I make is going to upset people. Therefor, I still want to keep the original essence of the Haunted Mansion. The new name for this ride would be Disney Villains: Manor of Madness. Since Liberty Square is so small, there isn’t enough space to give every important villain their own ride. A catch-all attraction where each villain can be featured in their own separate scene solves this problem. For instance, the story would center around riders being captured by the various villains, with no Disney “heroes” there to rescue them. This puts the riders in a similar position: to find a way out. You start locked up in a dungeon, but you escape and move your way throughout the manor with the different villains on your tail. Towards the end of the ride, Hercules antagonist Hades sends you through a portal to the Underworld to try and capture you. The Haunted Mansion’s graveyard scene is converted into the Underworld, and you end the ride escaping back through the portal. Oh, and I think that the “Grim Grinning Ghosts” song could stay in there too, so don’t worry about that.

Since this was the designated Haunted Mansion gift shop, I think it would be fun to have it keep the same name and sell similar “haunted” gifts. However, because it’s in a “Villains” land, it would be re-worked into the Evil Queen’s personal workshop, and all the special haunted trinkets would be “made by her”. The exterior could be remade to feature an animatronic of the Evil Queen peaking out from a window above, similarly to what happens above Snow White’s Scary Adventures in Disneyland.

It’s difficult to rework restaurants into a villains theme, since I don’t really associate villains with food. Since Memento More is right next door, I think the name Queen’s Cauldron would be fitting. I was originally going to call it The Poison Apple, but I don’t think people would want to eat at a restaurant with that name. The restaurant would serve various food named and decorated after the different villains.

I actually touched on this in Re-Imagining Frontierland, but I actually made one exception to my “not removing rides” with the Riverboat. I’m not actually getting rid of the riverboat, but just moving the station so it sits in the New Orleans Square that I’ve created.

This is a small market stand that sells different fruits. Selling the same thing is fine, but the name can be changed to The Un-Royal Market.

The Hall of Presidents

This is another tough one, since my original idea was just to do a “Hall of Villains”. This wouldn’t make since because of the catch-all attraction that Manor of Madness is. However, I think there’s one villain I can leave out of that attraction to headline this one, and that’s Chernabog. This monster from Fantasia would take the lead role of Night on Bald Mountain, a stage-show animatronic attraction based on the terrifying scene from the movie. Instead of multiple human animatronics, the show would feature a giant Chernabog attraction that would cause various shocking special effects to go off in front of the audience. I’m not too sure what the actual story would be, but I know that I’d like it to be the most advanced and largest animatronic to date.

This small counter-service stand sells the BEST spicy chicken and waffle sandwich. Seriously, it’s probably my favorite food at Walt Disney World. I don’t want the menu to change at all, but a name change to Hades Heatworks would reflect the spiciness of the superb sandwich.

Liberty Square really is a tiny land, as this is the last thing we have to change. It’s currently a sit-down buffet, and I’d like to keep that. However, giving it a more sinister yet royal theme would fit the area. When thinking of what villain to theme it after, I tried to think what villains have large representation at other Disney Parks but not Magic Kingdom. I immediately thought of Alice and Wonderland, which has an entire dark ride at Disneyland but only a teacups ride at World. Therefor, the Queen of Hearts has almost no representation. I think a British fine-dining restaurant themed to this villain would be perfect, as the only other option in WDW similar to this Rose and Crown in Epcot. I would name this restaurant The Queen of Hearts Royal Buffet. Oh, and some of the tables could be playing cards. That would add a nice touch.

Next I will be Re-Imagining Fantasyland. Stay tuned!

Views from the queue of Millennium Falcon: Smuggler’s Run >>>
The Land is one of the most beautiful pavilions in all of EPCOT! We love the open atrium that allows you to see all the attractions and dining locations at once! The hot air balloons are a nice touch as well.
Go check out our story highlights from our most recent trip to EPCOT to see us design the WORST Test Track car ever created by a human! Spoiler: it’s even worse than whatever the car in the second pic is.
The scale model of Xandar in Guardians of the Galaxy: Cosmic Rewind is arguably the best part of the queue! What’s your favorite part of EPCOT’s newest attraction?